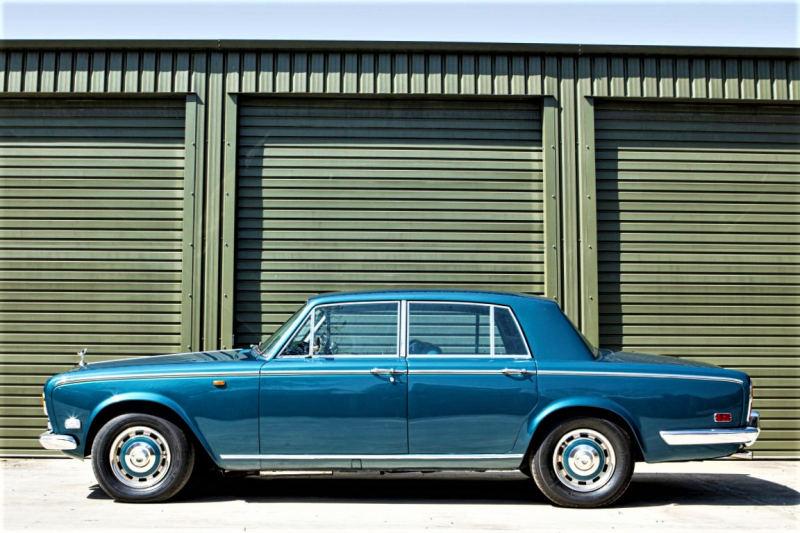 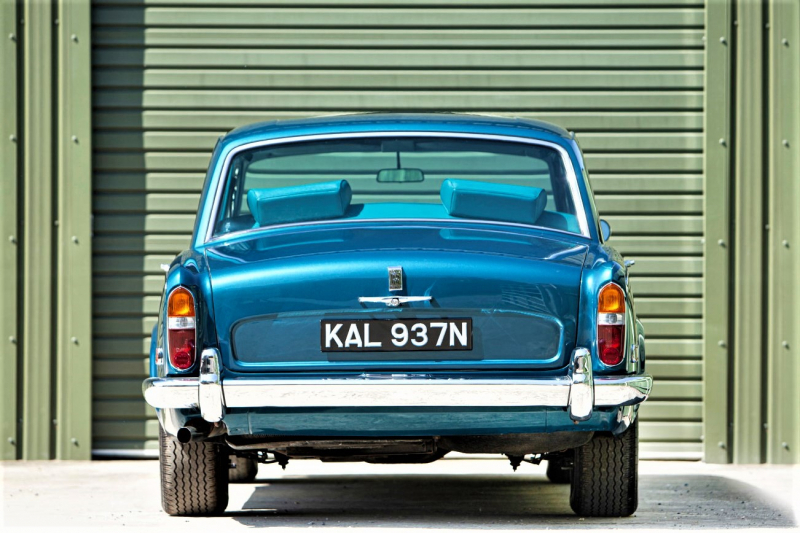 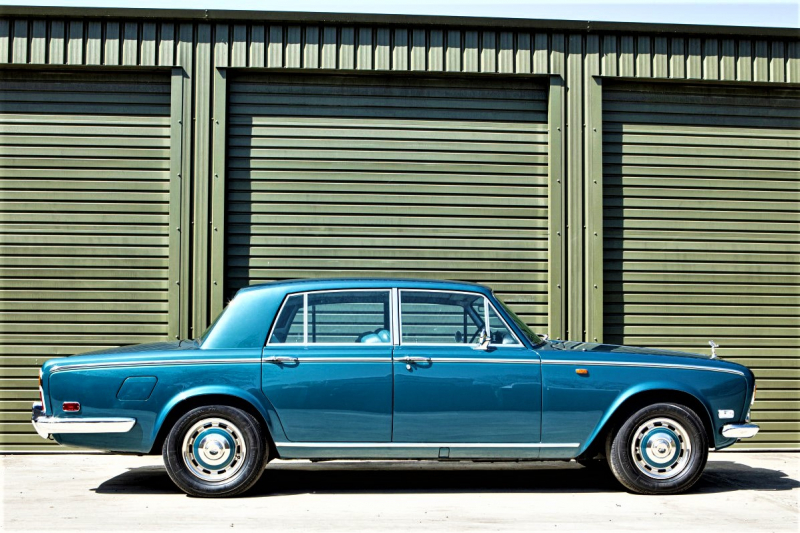 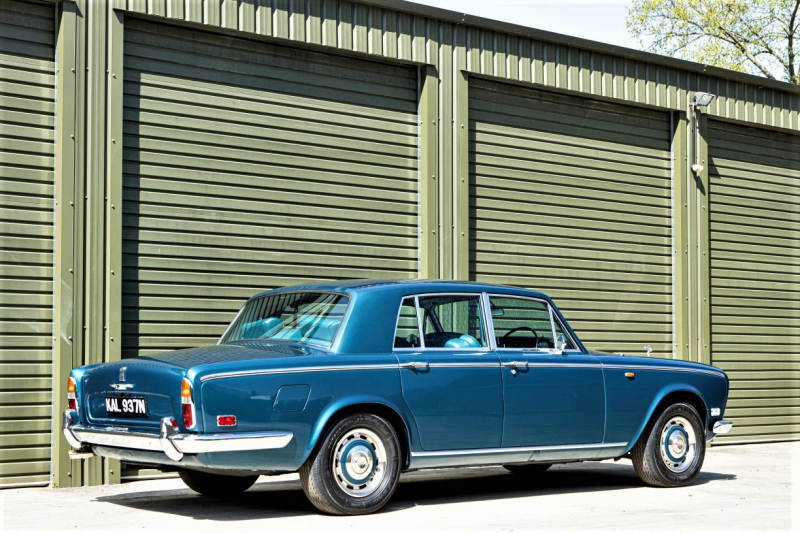 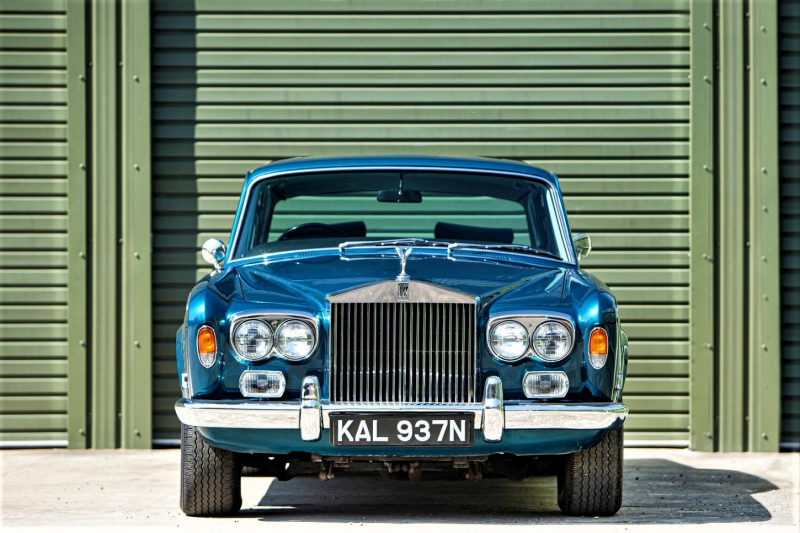 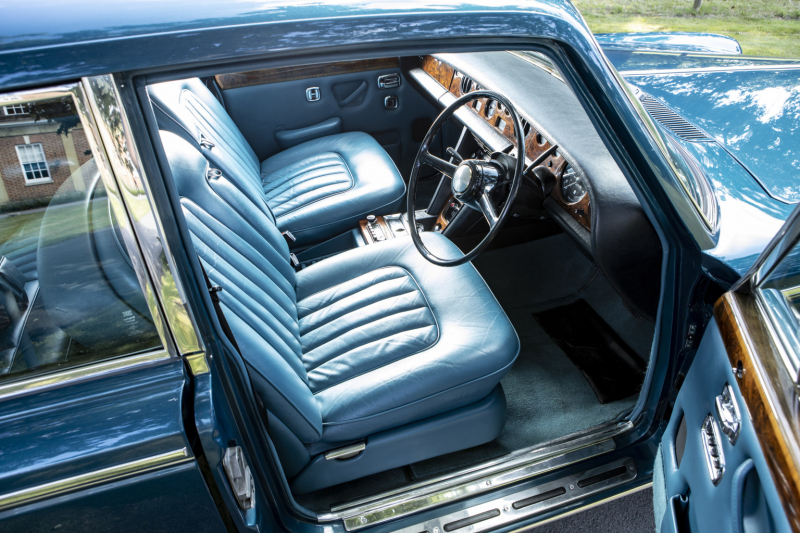 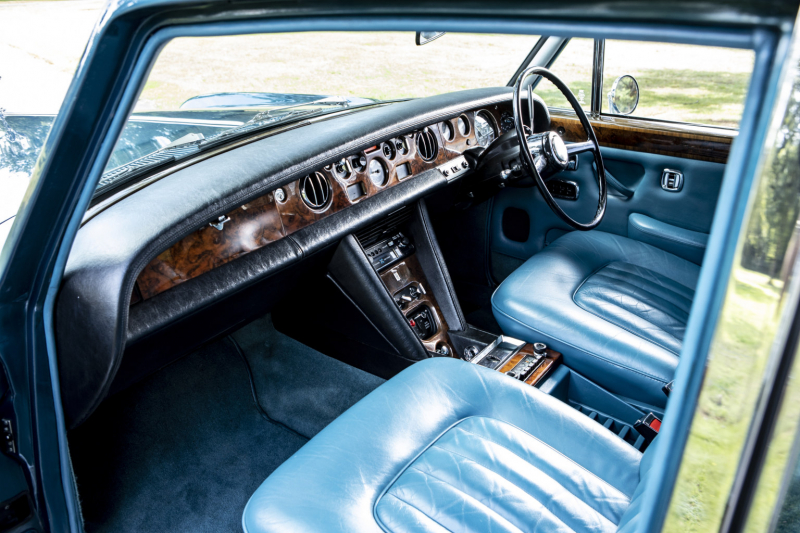 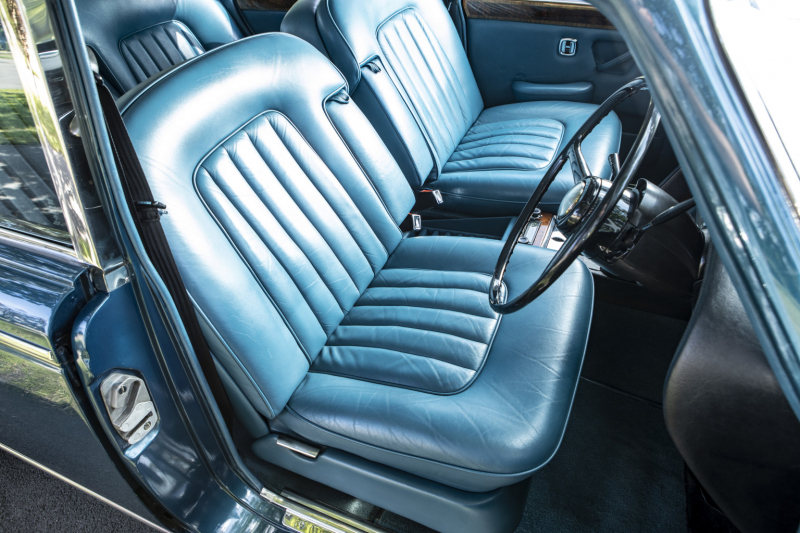 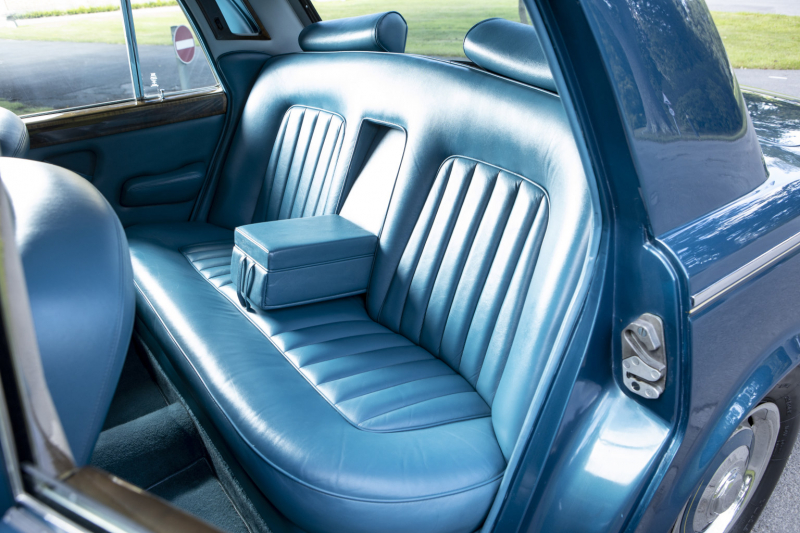 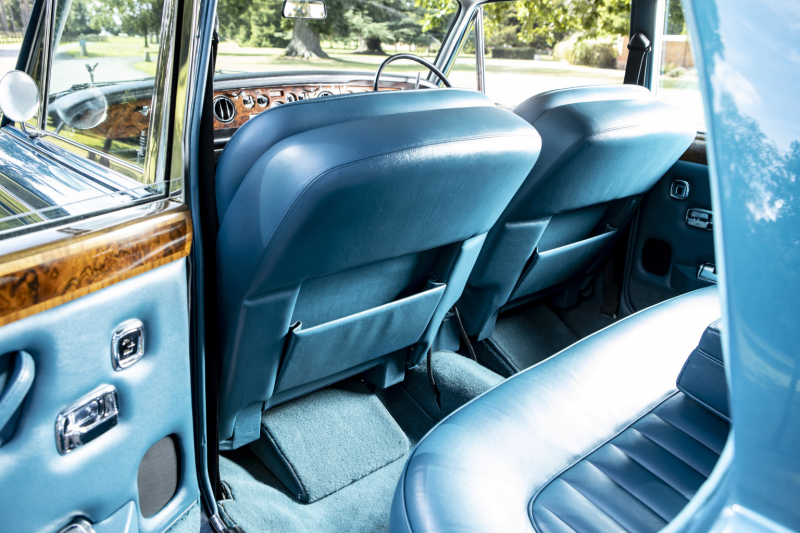 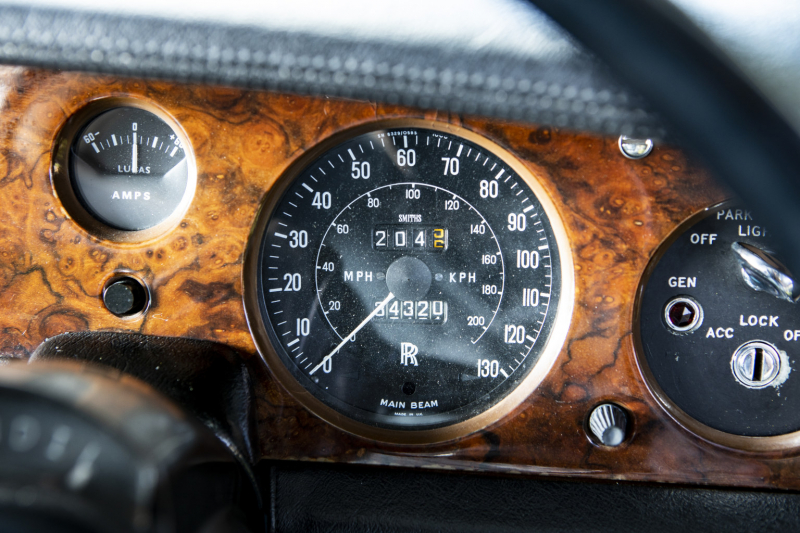 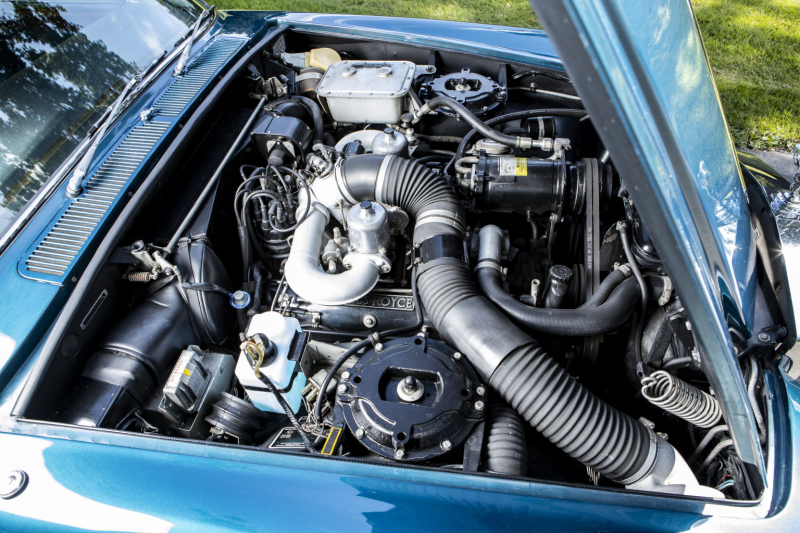 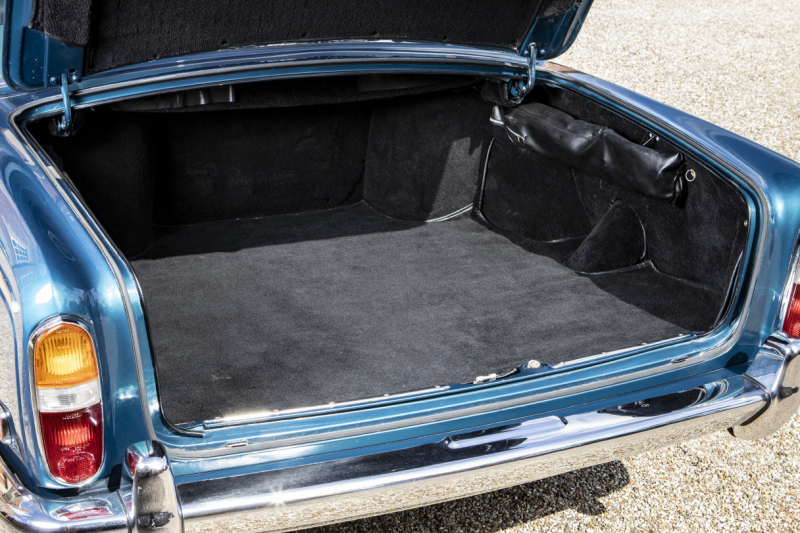 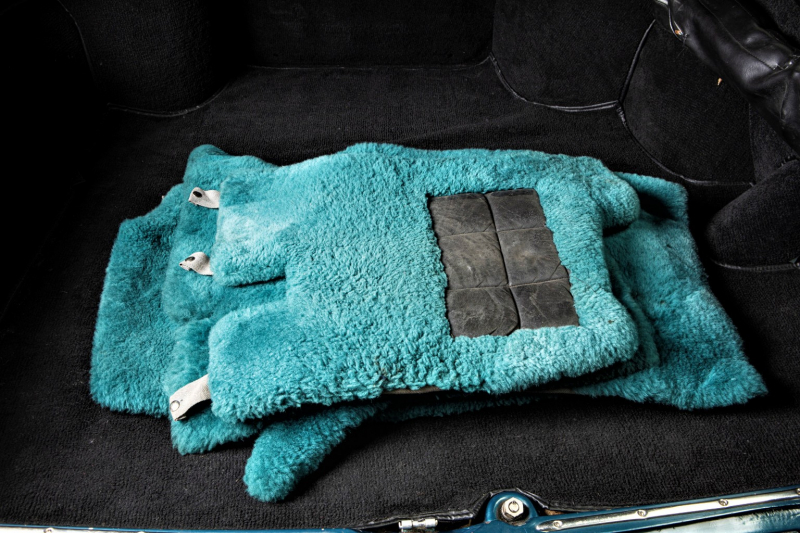 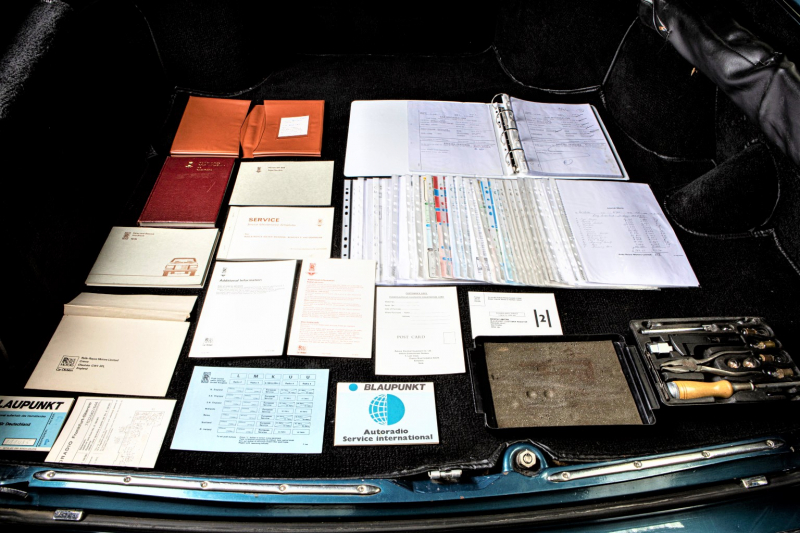 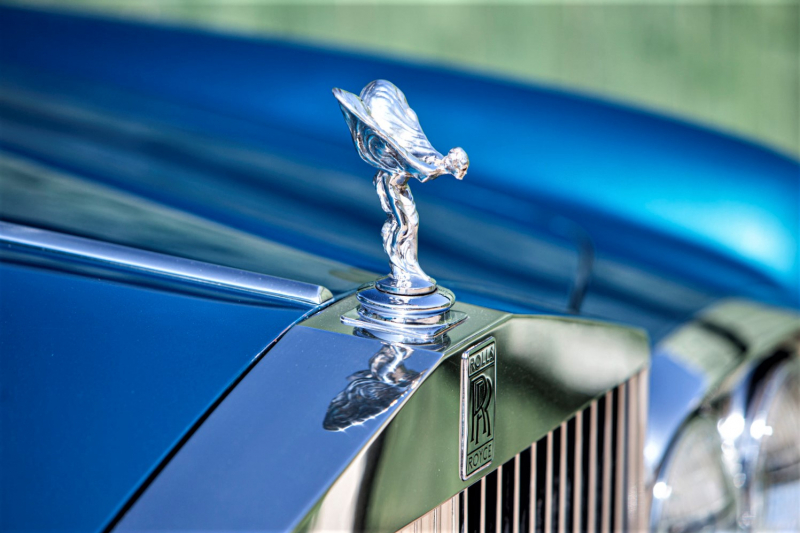 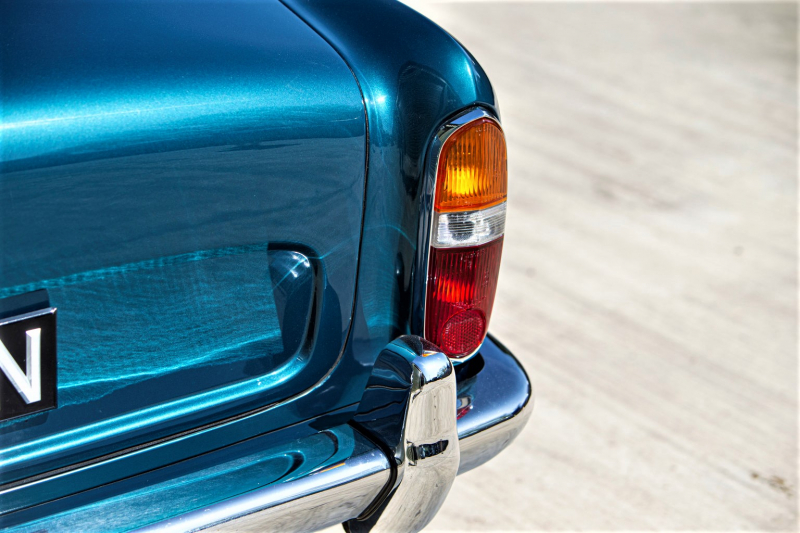 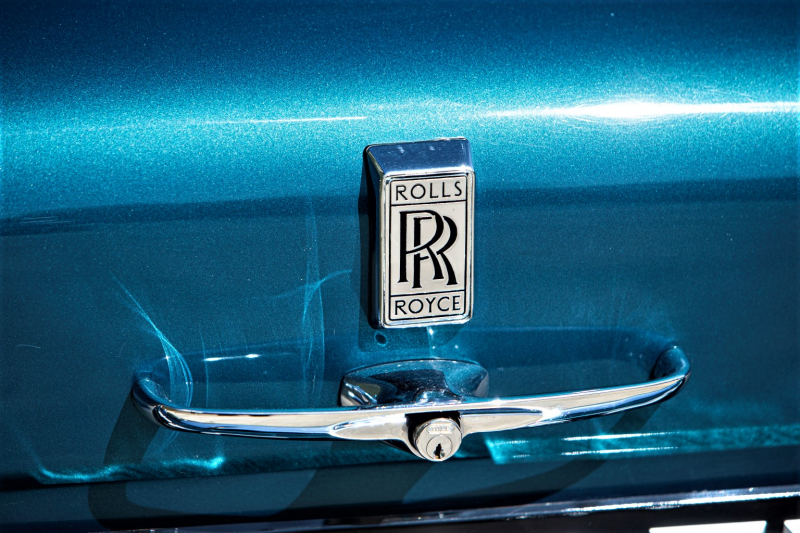 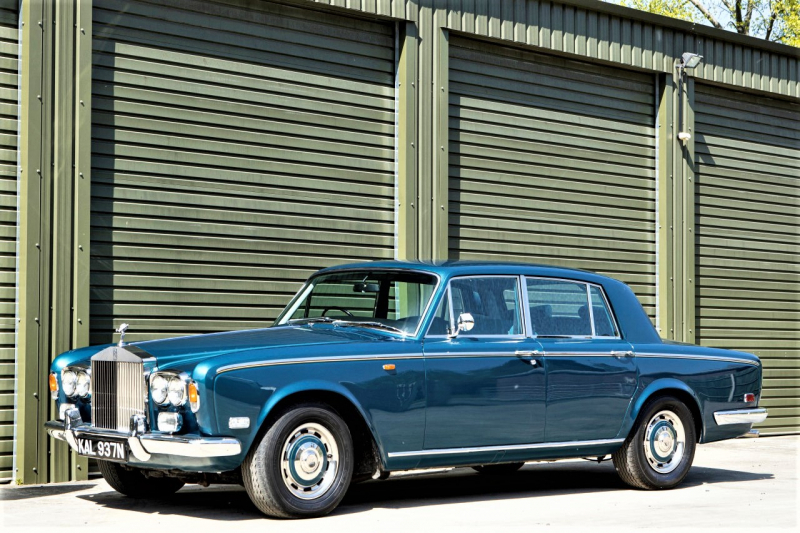 Offered for sale is this exceptional and low-mileage 1975 Rolls-Royce Silver Shadow.

Late series-one Silver Shadows are much sought-after by collectors as they benefit from several desirable upgrades over the earlier models. The wheel-track was widened, and the tyre size was increased from 205 to 235. The wheel arches were also ‘flared’ to accommodate these changes which resulted in a more purposeful stance on the road. Collectors appreciate this model as they have the more modern wide-track of the series-two cars whilst retaining the classic look of the chrome bumpers.

Other refinements were added at this stage such as standardised rear headrests, speed (cruise) control and adjustable driver’s door mirror. Also now fitted as standard was a Pioneer QP-444 eight-track tape player, de rigueur for luxury cars of the period plus. Slots for the cassettes were provided in the box that was installed between the front seats.

Chassis SRH21626 was ordered on the 18th February 1975 by Channel Islands dealer St. Helier Garages Ltd. and was delivered on the 25th June the same year to its first owner, a Mr A. E. Hatton of St. Brelade, Jersey.

The Rolls-Royce was specified in the particularly attractive colour combination of Peacock Blue with gold fine lines. The interior was ordered in Surf Blue to the hide, carpets and lambswool rugs and the headlining was Grey Ambla. Optional extras included plain Sundym glass throughout, Blaupunkt (Bluespot) Frankfurt stereo and Avon black radial tyres. A passenger door mirror was also fitted.

The car was registered to the mainland as KAL 937N on the 2nd of August 1983, the number it retains to this day. Servicing at that time was undertaken by Lex Mead of Maidenhead, Berkshire. Lex Mead's service stamp from 1983 shows a mileage of only 9,036 which, presumably reflected its limited use on Jersey. Lex Mead continued to service the car until 1993 when respected Rolls-Royce & Bentley specialists Frank Dale & Stepsons took over maintenance duties.

Between 1997 and 2001 servicing was carried out by specialists Royce Engineering of Dorking, Surrey with invoices from this period initially in the name of Mr. R. Gray with subsequent invoices to Miss Glenda Gray. Between late 2000 and early 2001 the car also gained the personal registration plate of GGF 1, presumably Miss Gray's personal registration number. Royce Engineering explained to us that Miss Gray actually had two Silver Shadows, a light blue example that she used on a daily basis and this car she kept for best. A registration document on file shows that the car was registered in the name of Mr. Robert Stanley Gray from the 22nd April 2006, probably the same Mr. Gray previously invoiced for works by Royce Engineering.

In February 2007 the Silver Shadow was purchased by a Mr Wilkinson of Newcastle upon Tyne before, in November of the same year, passing on to another Newcastle resident, a Mr W. Wilson.

Mr. Wilson kept the car for nearly ten years using it very sparingly, covering less than 400 miles during his tenure. The Rolls-Royce was then purchased by its most recent London-based owner in June 2016 who, shortly after taking ownership drove the car to Northern Italy and back without fault.

It is becoming increasingly rare to find good, unmolested examples of series one Silver Shadows, particularly the desirable flared-wheelarch model. This Rolls-Royce is an excellent example of the breed, in a very attractive colour combination and is ready for its next custodian.

Viewing by appointment only.